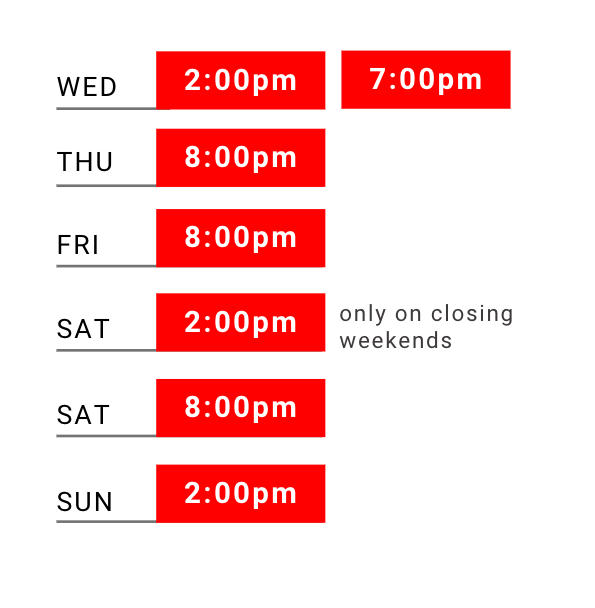 Amidst the bustle of a crowded London train station, Georgie spots Alex, a much older man, and plants a kiss on his neck. This electric encounter thrusts these two strangers into a fascinating and life-changing game.

Directed by Bari Newport, Heisenberg brings to blazing, theatrical life the uncertain and often comical sparring match that is the human connection.

Internationally renowned for The Curious Incident of the Dog in the Night-Time, visionary playwright Simon Stephens returns to the stage with this sharply original production starring South Florida’s own Margery Lowe and Colin McPhillamy (most recently in Broadway’s Hangmen).

Margery Lowe is thrilled to return to GableStage, working with Bari and Colin. She was recently seen in The Belle of Amherst for Palm Beach Dramaworks (production named “Best of Theatre” by Wall Street Journal). Margery’s an award-winning actress and proud member of AEA and SAG-AFTRA, and has performed in New York and across the country in various national tours, as well as at Lincoln Center, the Kennedy Center, The Muny, Canadian Stage, the Fox Atlanta, Theatre Off Park, Sanford Meisner Theatre, Shakespeare Theatre of Maine, Kansas City Starlight, Stages St. Louis, Maine State Theatre, Stage West, among others. Other Florida credits include Maltz Jupiter Theatre, Zoetic Stage at The Arsht Center, Caldwell Theatre, Coconut Grove Playhouse, Actors’ Playhouse, Naked Stage, American Stage, Florida Shakespeare, Royal Poinciana Playhouse, Parker Playhouse, and Stage Door Theatre. As a company member of the famed Stratford Shakespeare Festival, Margery was a recipient of a Tyrone Guthrie Award. She is a Carbonell Award winner, was named New Times Best Actress, and Broadway World Best Actress. She also works in film, television, and as voice-over artist. Learn more at www.margerylowe.com

Colin McPhillamy trained in London at The Central School. Broadway: Hangmen, The Ferryman, Ink, The Importance of Being Earnest, Waiting in the Wings. Off-Broadway: House and Garden (Manhattan Theatre Club). London Assurance, The Seafarer (The Irish Rep) USA Regional: NJ Shakespeare Festival Theatre, Westport Country Playhouse, The Guthrie, The Mark Taper Forum, The Old Globe, Actor’s Theatre of Louisville, The Alley, The Rep, Actor’s Playhouse, The Maltz Theatre Jupiter, Promethean, Florida Stage and Palm Beach Dramaworks. US TV: Law & Order C.I., Zero Hour, The Blacklist Redemption. UK includes seasons at: The National Theatre, in the West End, at the Edinburgh Festival and on British TV. Writing includes contributions to BBC Radio, published as The Tree House and Other Stories, also: An Actor Walks into China, and Actor Blog Plus. He has acted and guest directed in Australia, New Zealand, and China. Colin blogs at mcphillamy.com 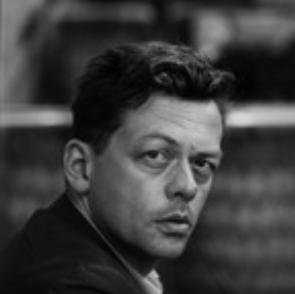 Simon Stephens is an award-winning playwright. His early work at the Royal Court includes BLUEBIRD (1998); HERONS (2001), COUNTRY MUSIC (2004) and MOTORTOWN (2006). His adaption of Mark Haddon’s novel THE CURIOUS INCIDENT OF THE DOG IN THE NIGHT-TIME won the Oliver and Tony Awards for Best New Play (National Theatre, 2012; Apollo Theatre, 2013; Gielgud, 2014 – present; Barrymore Theatre in Broadway, 2015; international tour 2017-2018). In 2014 Simon premiered CARMEN DISRUPTION at Deutsches Schauspielhaus in Hamburg, which subsequently opened at the Almeida Theatre in London in 2015, and BIRDLAND at the Royal Court. In 2015, HEISENBERG opened at MTC in New York and transferred to the Friedman in 2016 and opened in the West End in 2017; THE FUNFAIR, Simon’s new version of Ödön von Horváth’s KASIMIR AND KAROLINE, opened at Home Theatre in Manchester; and SONG FROM FAR AWAY, directed by award-winning Belgian director Ivo van Hove, received its UK premiere at the Young Vic. In 2016, his version of Brecht and Weill’s THE THREEPENNY OPERA opened at the National, and his original play RAGE opened at Thalia Theatre, Hamburg. 2017 saw the openings of NUCLEAR WAR at the Royal Court, his English language version of OBSESSION at the Barbican, FATHERLAND at the Royal Exchange for the Manchester International Festival, and his new adaptation of THE SEAGULL at the Lyric Hammersmith. Simon is Artistic Associate at the Lyric Theatre and Associate Playwright at the Royal Court. He was also on the board for Paines Plough between 2009 and 2014, and was a Writers’ Tutor for the Young Writers’ Programme at the Royal Court between 2001 and 2005.

Bari joined GableStage as Producing Artistic Director in April 2021. She came to Miami from the Penobscot Theatre Company in Bangor, Maine, where she served as Artistic Director for nine seasons. Previously, she was artistic associate at the Alliance Theatre in Atlanta, artistic/literary manager at the Pasadena Playhouse, associate producer at Horizon Theatre and associate director of Florida Repertory Theatre.

As a producer, Newport has been responsible for the creation and stabilization of a wide range of artistic initiatives, including extensive work in new play development, education and community engagement. While leading Penobscot – which serves 40,000 people each season – Newport doubled the budget in eight years; produced five world premieres; created a partnership with the Penobscot Nation, with whom she developed two large-scale NEA-supported projects; and fully funded the company’s endowment. She kept her entire staff of 15 employed during the pandemic and produced an innovative season that included 17 newly commissioned digital projects. Her work as a director and actor has been seen at Horizon Theatre Company, Greenbrier Valley Theatre, American Stage, Cumberland County Playhouse, Florida Repertory Theatre, Sacramento Theatre Company, Westport Country Playhouse and the Williamstown Theatre Festival. She earned her BFA from the University of Southern California and MFA from the University of Iowa. Bari is a 20 year member of the Stage Directors and Choreographers Society and the Actor’s Equity Association. 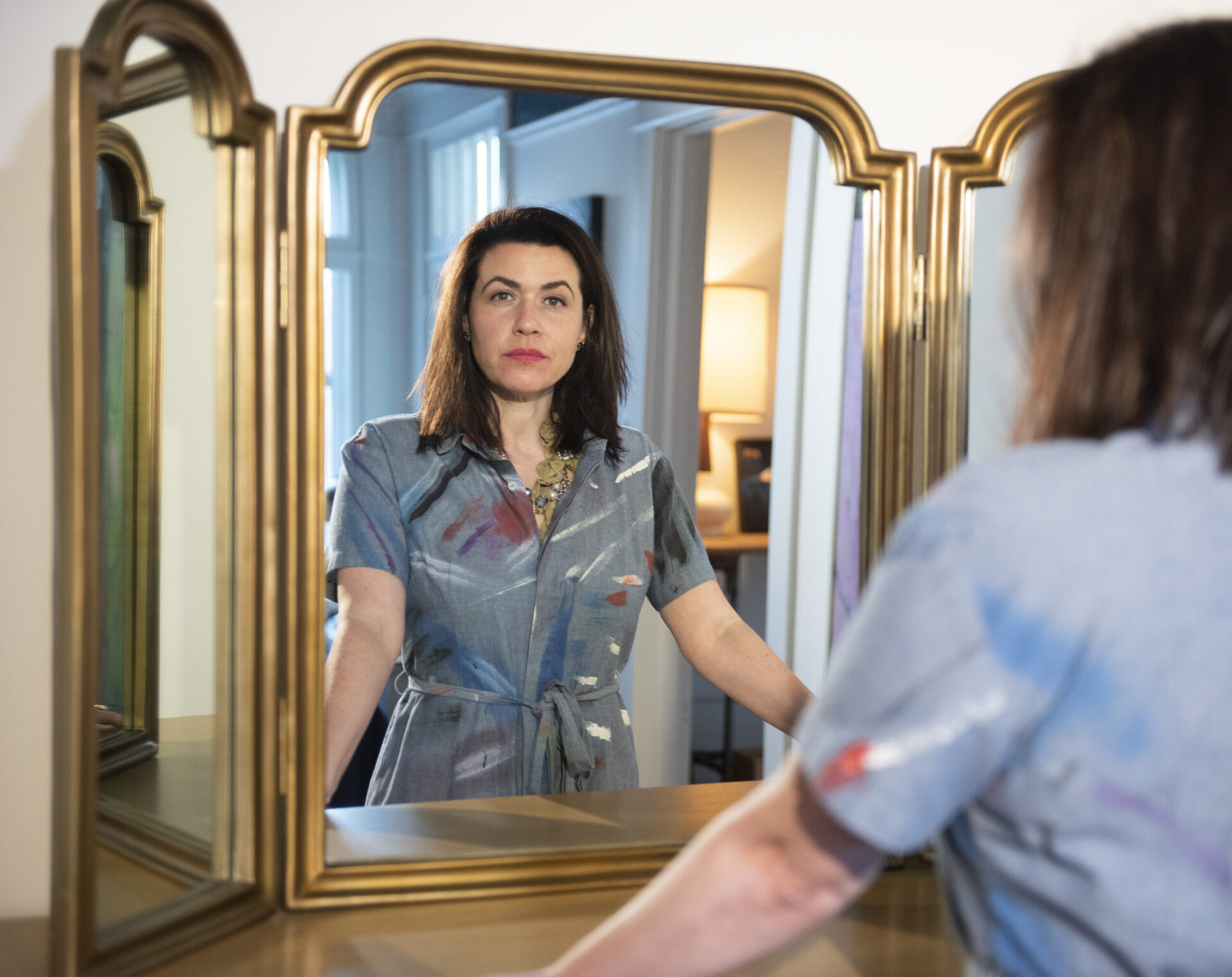