An emotional dialogue between a fire captain who lost eight of his men on September 11th and an editor who is helping him prepare the eulogies. Still running to great acclaim at a theatre five minutes from ground zero. 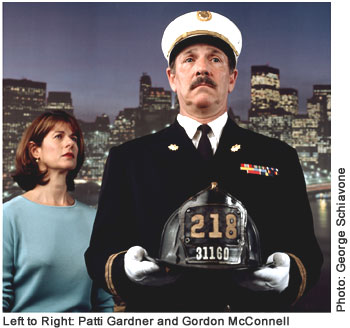