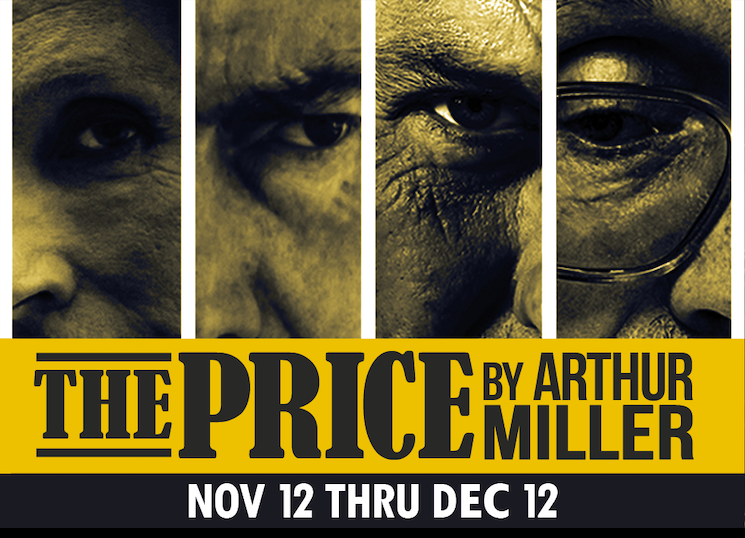 GableStage, the award-winning theatre company located at the iconic Biltmore Hotel, presents the first production of its 23rd season, The Price by Arthur Miller. The Price was the final play being directed by legendary artistic director Joseph Adler before his passing. New Producing Artistic director Bari Newport picks up where Adler left off, using his notes to bring to life his vision of this classic. In dedication to Adler, this special season-opening production of The Price stars GableStage acting company members Patti Gardner, Peter Haig,Michael McKenzie and Gregg Weiner, and will run from Nov. 12 through Dec. 12, 2021.

The Price was first presented on Broadway at the Morosco Theatre, on Feb. 7, 1968, and was nominated for two Tony Awards, including Best Play. During that time, Clive Barnes, critic for the New York Times, described it as “one of the most engrossing and entertaining plays that Miller has ever written. It is superbly, even flamboyantly, theatrical.” Variety Magazine called it “a challenging, gripping, and moving drama.” The Price has been revived four times on Broadway.

This character-driven drama is centered on two estranged brothers. One abandoned his dreams to support his father. The other didn’t. Thirty years later, the brothers reunite to sell their late father’s belongings and are forced to examine their decisions – and the price they had to pay. A classic play, The Price takes audiences on a journey through family dynamics, resentment and more.

GableStage was in the midst of preparing this award-winning production when the theatre was forced to shut down due to COVID-19 in 2020. The set has remained on stage for the duration of the closure, using the same cast and same creative team that were engaged before the shutdown.

In order to offer more flexibility this season, GableStage will stream select performances , giving ticket holders the option to enjoy the show in person or via stream. Streaming options for The Price will be available starting Nov. 17.

THE PRICE by Arthur Miller

CAST
(In order of appearance)

Directed by Bari Newport#, based on the vision of Joe Adler

Ticket holders can enjoy the show in person or via stream from a location of their choosing. Streaming of The Price will be available from Nov. 17 to Dec. 12.

Tickets to The Price start at $35 plus fees. Discounts available for artists; students; groups; subscribers and military service active members, veterans and families, as well as members of the Biltmore Hotel.

One hour before each performance, new Producing Artistic Director, Bari Newport will provide an inside look at the future of GableStage and will be available to answer questions outside the theatre.

Also, after the first Sunday matinee, GableStage will have a talk back with the cast, immediately following the performance.

Arthur Miller (1915-2005) was born in New York City and studied at the University of Michigan. His plays include The Man Who Had All the Luck, All My Sons, Death of A Salesman, The Crucible, A View From the Bridge, A Memory of Two Mondays, After the Fall, Incident at Vichy, The Price, The Creation of the World and Other Business, The Archbishop’s Ceiling, The American Clock, and Playing For Time. Later plays include The Ride Down Mt. Morgan, The Last Yankee, Broken Glass, Mr. Peters’ Connections, Resurrection Blues, and Finishing the Picture. His other works include Situation Normal…, a work of nonfiction; Focus, a novel; The Misfits, a screenplay; and the texts for In Russia, In the Country, and Chinese Encounters (three books in collaboration with his wife, the photographer Inge Morath. His memoirs include Salesman in Beijing and Timebends: A Life. His short fiction includes the collection I Don’t Need You Anymore; the novella, Homely Girl, A Life; and Presence: Stories. His essay collections include The Theater Essays of Arthur Miller and Echoes Down The Corridor: Collected Essays 1944-2000, as well as the individually published On Politics and the Art of Acting. Among other honors, he received the Pulitzer Prize for Drama in 1949 for Death of a Salesman. 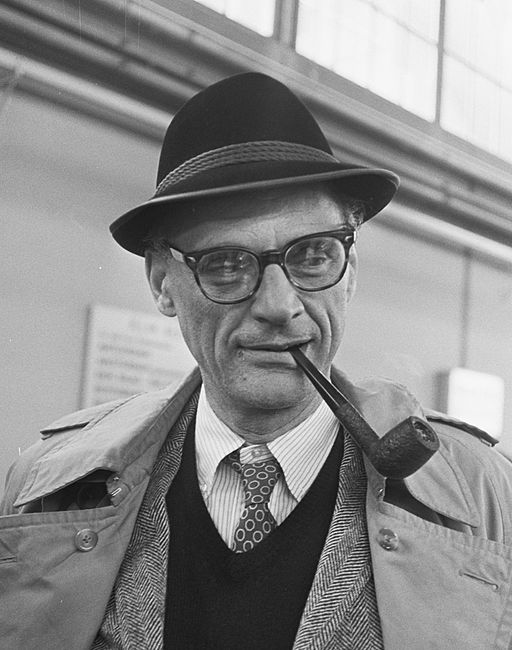 Cast (in order of Appearance) 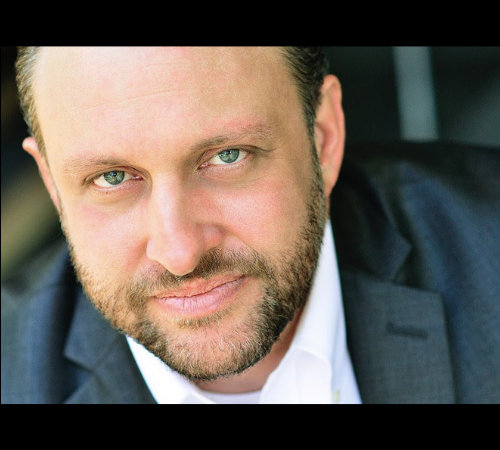 Gregg Weiner (Victor Franz) is thrilled to return home to Gablestage for his 18th show and to help kick off a new beginning for this important Miami institution. Gregg was last seen on stage here in If I Forget (Carbonell Nomination) which was his final show working with Joseph Adler. During the pandemic he was honored to be included in the “Engage at GablSstage” online series, making his filmmaking debut in ReBoot, where he wrote, filmed, edited and produced while in quarantine in Fort Myers at Florida Repertory’s company housing. Reboot went on to receive multiple film festival awards and can still be seen at www.rebootshortfilm.com.  Some of his TV/Film credits include It’s Always Sunny in Philadelphia, Magic City, Transporter 2 and many more. After The Price, Gregg moves on to Sarasota returning to The Asolo Repertory Theatre for Our Town and The Great Leap. Gregg is a proud member of AEA and a NWSA Alumni. 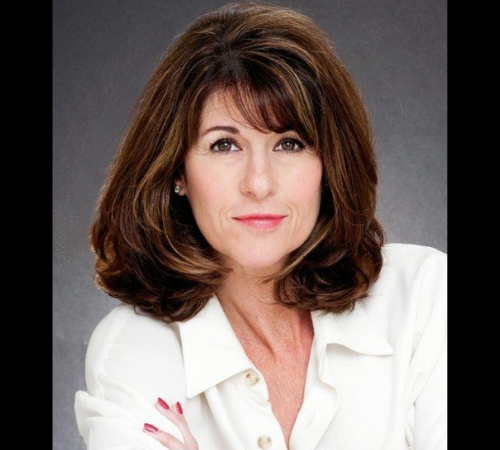 Patti Gardner (Esther Franz) Previous performances at GableStage include: The Guys, Defiance, Sons of the Prophet, Casa Valentina, If I Forget and the co-production with Palm Beach Dramaworks, Ordinary Americans. Patti has been performing in South Florida for more than thirty years from Miami to Jupiter. She has toured nationally for 17 years with Menopause the Musical and is a Carbonell, Silver Palm and “Best of Miami” Miami New Times award recipient for her work. 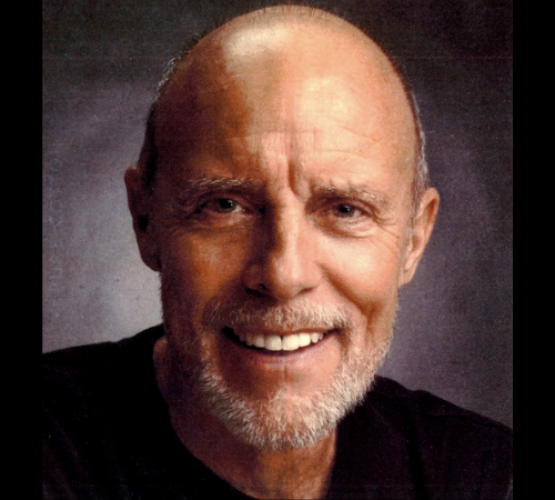 Peter Haig (Gregory Solomon) has been a member of the South Florida theater community since 1978. Of his six GableStage productions, his favorites are Choir Boy; Nixon’s Nixon and The Diary of Anne Frank. In the 1960s he worked in New York under the direction of George C. Scott and Joseph Papp, among others. In the 1970s he directed the Thalian Association, “the nation’s oldest community theater”, in Wilmington, N.C. and founded an African-American dramatic group there, the Willis Richardson Players. His theatrical journey includes performances at Rikers Island and the Kennedy Center. 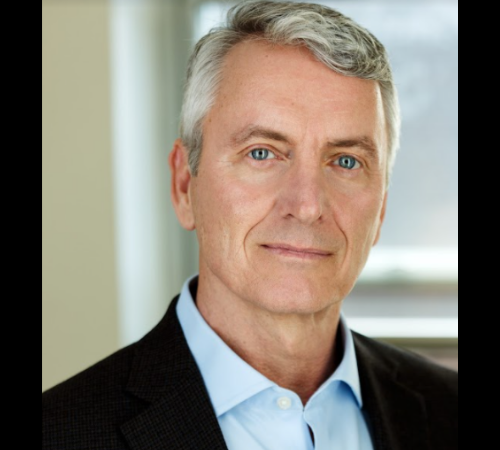 Michael McKenzie (Walter Franz) appeared as Don Quixote in Man of La Mancha for the MNM Theater at the Kravis Center in West Palm Beach. He has also performed at Palm Beach Dramaworks (Sweeney Todd); Theater Lab at FAU (We Will Not Be Silent); the Caldwell Theater (Dangerous, Déjà Vu) and the Cuillo Centre for the Arts (Dinner With Friends).  Broadway–Waiting in the Wings (with Lauren Bacall); The Man Who Came to Dinner (with Nathan Lane) and Eastern Standard. Off Broadway–Kari Floren’s, If Wishes Were Horses; A Late Supper and Voices of Swords. Tour–John Houseman’s The Acting Company (Much Ado about Nothing, As You Like It, Orchards). Regional–Baltimore Center Stage; Denver Center; Pittsburgh Public; Pioneer Theatre; Triad Stage; Capital Repertory Theatre; The Arkansas Repertory Theatre and many others. TV/Film–House of Cards, Orange Is the New Black, Unbreakable Kimmy Schmidt, Younger, The Blacklist, Law & Order, All My Children, and Babylon 5.

Bari Newport joined GableStage as producing artistic director in April 2021. She came to Miami from the Penobscot Theatre Company in Bangor, Maine, where she served as artistic director for nine seasons. Previously, she was artistic associate at the Alliance Theatre in Atlanta, artistic associate/literary manager at the Pasadena Playhouse, associate producer at Horizon Theatre and associate director of Florida Repertory Theatre. As a producer, Newport has been responsible for the creation and stabilization of a wide range of artistic initiatives, including extensive work in new play development, education and community engagement. While leading Penobscot—which serves 40,000 people each season—Newport doubled the budget in eight years, produced five world premieres, created a partnership with the Penobscot (Native American) Nation, with whom she developed two large-scale NEA-supported projects, and fully funded the company’s first endowment. She kept her entire staff of 15 employed during the pandemic and produced an innovative season that included 17 newly commissioned, digital projects. Her work as a director and actor has been seen at Horizon Theatre Company, Greenbrier Valley Theatre, American Stage, Cumberland County Playhouse, Florida Repertory Theatre, Sacramento Theatre Company, Westport Country Playhouse and the Williamstown Theatre Festival.

READ THIS: HEALTH REQUIREMENTS FOR YOUR SAFETY

GableStage remains deeply committed to the health of our guests, artists and staff. Our staff and artists are being COVID-19 tested (Antigen & PRC) twice a week to make sure that everyone is negative.

Face masks will be required for all guests, regardless of vaccination status. Before entering the theatre, all guests will need to present either a negative COVID-19 PCR or Antigen test result or a full vaccination status card. “The Price” will be seated at full capacity.

GableStage has taken additional precautions by partnering with the Biltmore Hotel to update the air filtration system and install ultraviolet lights to sanitize and extinguish airborne pathogens circulating within the theatre. GableStage is also performing heavy-duty cleaning on the stage and backstage, and will maintain stringent cleaning protocols throughout the season. Any policy changes will be sent directly to ticket holders and updated regularly at https://www.gablestage.org/healthsafety/